The most significant environmental impacts of transmission lines are changes in the landscape, restrictions on land use, and impacts on nature and biodiversity. Energy losses during electricity transmission have a climatic effect.

The long-term goal in Finland is a climate-neutral society. Fingrid participates in reaching climatic goals by enabling the connection of new energy production to the main grid. In Fingrid's operations, the largest climatic effect is caused be energy losses during electricity transmission; they correspond to approximately one per cent of Finnish electricity consumption. Losses can be minimised by maintaining the voltage of the transmission grid as high as possible, as well as making energy-efficient grid investments and equipment purchases.

Restrictions on land use

Buildings and structures are generally not allowed in transmission line areas, and activities taking place in these areas may not endanger electrical safety. A transmission line project may have an indirect impact on the location and direction of expansion of land use.

On fields, transmission line towers and their support structures may disturb the use of agricultural machinery and increase the spreading of weeds. In forestry areas, forest under a new transmission line is removed from active forestry use. A transmission line area can be used for recreational purposes, such as hiking and berry-picking.

In the planning of new transmission line routes, the starting point is avoiding important natural sites. The preservation of nature values identified at the planning stage is ensured during the construction of the transmission line by means of separate guidelines. Permanent impacts on nature are mainly caused in new tower locations and the border zones of the line clearing. In forests, the most significant permanent change is that the line clearing becomes treeless. Impacts on birds are mitigated using markers that decrease the risk of bird collisions.

The construction of transmission lines also has positive effects on biodiversity. Line clearings, which remain open due to regular clearing work, can act as an alternative habitat for species that have suffered because of the reduction of meadows. In Pirkanmaa, for example, a line clearing has been managed to protect the endangered false heath fritillary butterfly. In Nokia, sheep have been grazing in transmission line areas, revitalising threatened meadow species. The sand lizard and rattle grasshopper are rare species of sun-exposed habitats that have been found in line clearings. Transmission line clearings can also serve as an alternative habitat for bog-dwelling diurnal butterflies and plants that are experiencing difficulties as a result of ditching. 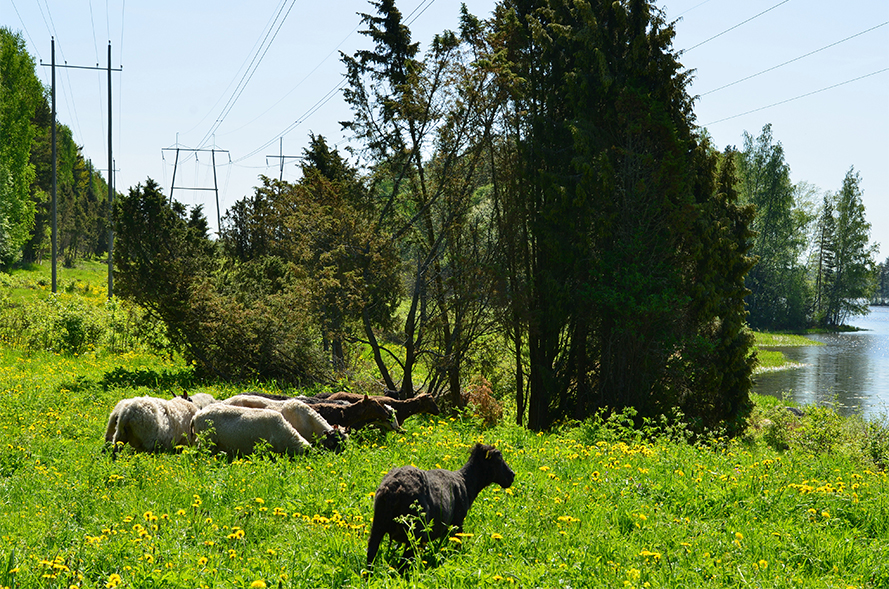