Fingrid and the Swedish transmission system operator Svenska kraftnät are jointly building a new electricity transmission link between Finland and Sweden. Construction of the 380-kilometre transmission line, known as the Aurora Line, and the substations required for the project began this year in Finland. 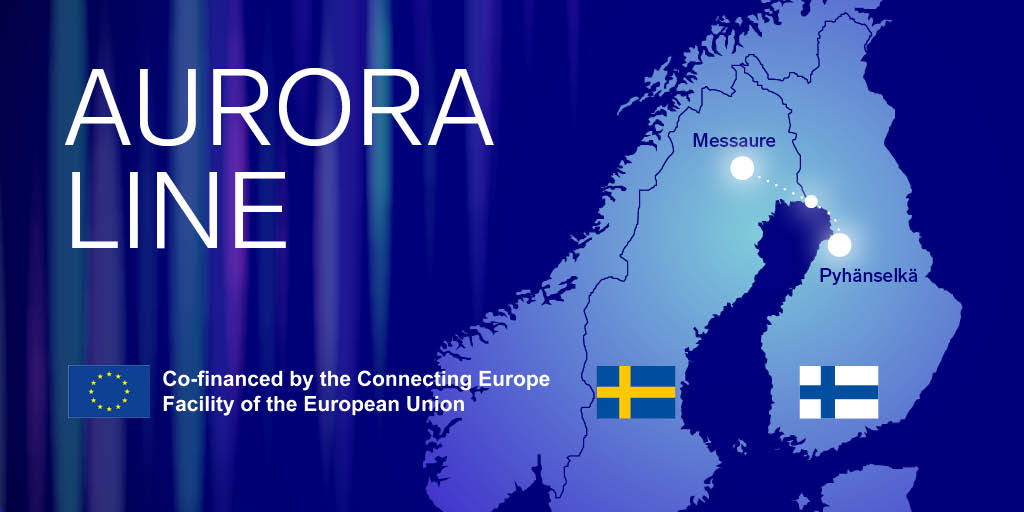 The transmission system operator Fingrid Oyj is, in cooperation with the Swedish transmission system operator Svenska kraftnät, building a new 400 kV transmission line from Pyhänselkä in Muhos via Keminmaa to Messaure on the Swedish side of the border. Aurora Line will be commissioned in 2025. Aurora Line will increase the cross-border capacity between the countries approximately by 900 MW in the direction from Finland to Sweden and 800 MW in the direction from Sweden to Finland.

In 2016, Fingrid and Svenska kraftnät completed a study on cross-border capacity development needs. According to the report, electricity transmission connections between Finland and Sweden are inadequate and so-called bottleneck situations are very likely also in the future, so a new transmission connection is needed. Various options for increasing electricity transmission capacity were examined, and a new alternating current connection between northern Finland and northern Sweden appeared to be the most feasible in terms of the socio-economic benefit and also technically. On 23 August 2017, Fingrid and Svenska kraftnät signed an agreement concerning the realisation principles for the new connection. The new connection improves security of supply and enables integration of RES in Nordics and Baltic Sea area.

Aurora Line has been included into pan-European ENTSO-E Ten Year Network Development. The project has been evaluated in several occasions, most recently in 2020. The TYNDP process and identification of system needs has shown the need for the interconnector and its benefits for the region.