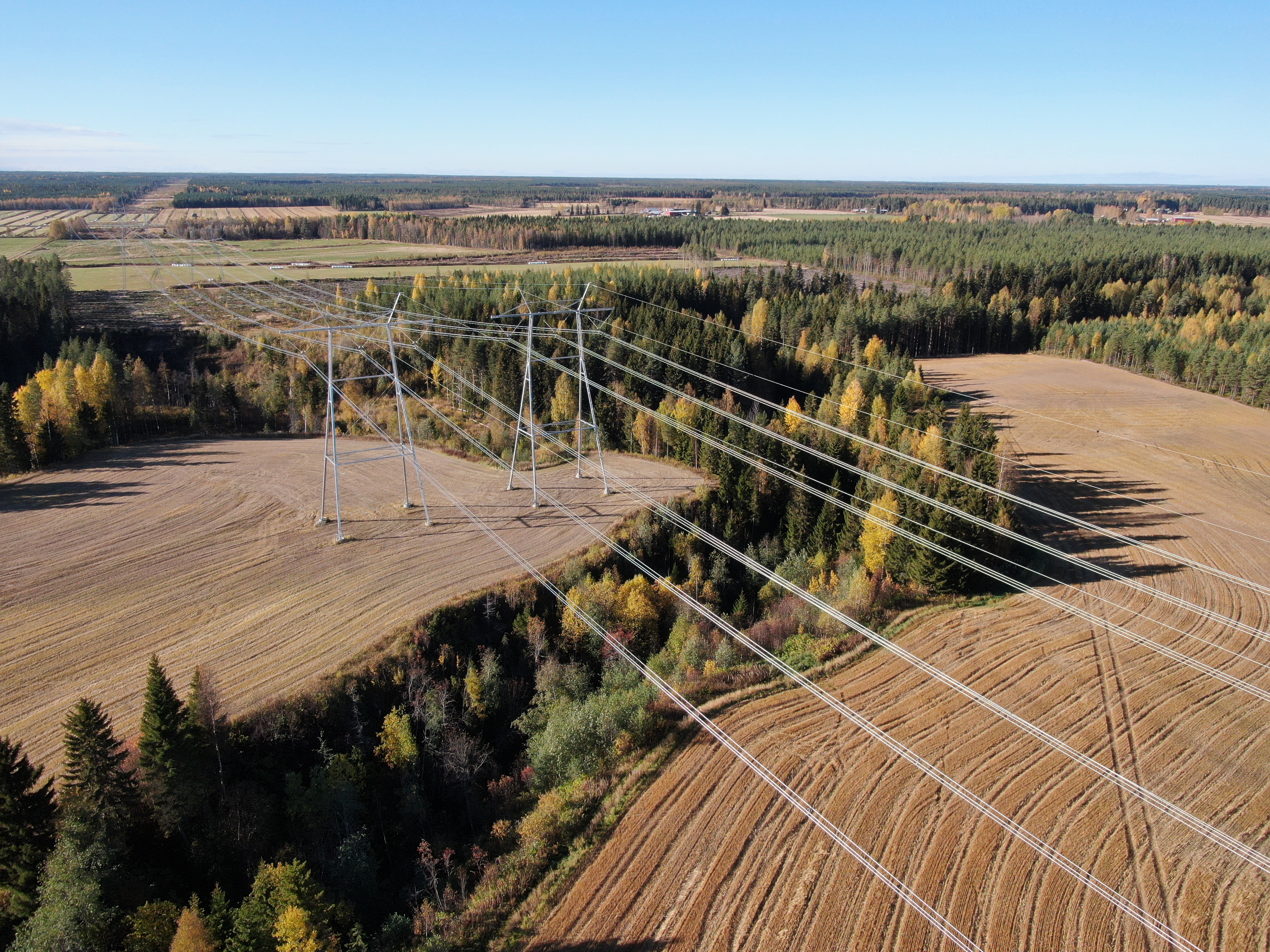 The recently completed Forest Line is one of Fingrid’s four 400-kilovolt main transmission lines. The construction of the 305-kilometre Forest Line from Petäjävesi to Oulu began in 2019 as part of Fingrid’s long-term development plan.

In order to enable the energy revolution, the electricity transmission connections between Northern and Southern Finland must be strengthened as the focus of electricity production shifts to Northern Finland with wind power. Strengthening the transmission capacity between the north and the south also contributes to maintaining Finland as a single price area for electricity.

With the Forest Line, the electricity transmission capacity increases and renewable energy can be connected and transmitted even better from the northern parts of the country to the south. This makes it possible to replace the energy production of the thermal power stations in Southern Finland with carbon-neutral wind power from the north.

Construction was carried out in six different sections

The Forest Line, which runs from Petäjävesi to Oulu, is Fingrid’s longest transmission line project. The Forest Line was implemented in six different construction sections:

The project also included the construction of the new Pysäysperä substation, expansions of the old Petäjävesi and Pyhänselkä substations, and the building of new series capacitor stations in Pihlajaranta and Hoikansalmi. Wind power connection agreements adding up to 470 megawatts have already been concluded for the new Pysäysperä substation. In addition, the surrounding area has new projects totalling 2,000 megawatts with pending permit applications.

The transmission line contractors for the Forest Line were Destia Ltd, Elecnor S.A. (Spain), Eltel Networks Corporation and Enersense PN Oy. The contractor for the Petäjävesi expansion and both series capacitor stations was Siemens Energy Oy, while Infratek Finland Oy was responsible for the Pyhänselkä expansion and VEO Ltd for the Pysäysperä substation. In addition to the main contractors, dozens of subcontractors as well as equipment and material suppliers participated in the projects.

Approximately 350 person-years were spent constructing the Forest Line, with the investment cost of the project amounting to approximately EUR 112 million.

The construction of the Aurora Line has already started, and the new connection will be fully completed in 2025.