« Back to search
Current News

The third Fingrid Magazine of the year has been published. The theme of this issue is the adequacy of electricity.

In the editorial, Jukka Ruusunen, Fingrid’s President & CEO, reflects on the extraordinarily challenging situation in the energy market. He says that people in Finland have understood that power cuts may happen and have been active in the effort to save energy.

When the Ministry of Economic Affairs and Employment receives notice of the situation from Fingrid, it will issue a media release instructing citizens to make preparations and save electricity. The distribution system operators are responsible for implementing managed power cuts and communicating the issue to their customers in various channels. An electricity shortage could also arise so suddenly that there is no time to send warning messages.

The magazine describes these roles in greater detail. In addition, it describes the roles of the Energy Authority, National Emergency Supply Agency and Motiva in the event of an electricity shortage.

Other topics among others:

The Fingrid Magazine is published in print in Finnish and English. The articles in the magazine and the supplement will also be published in stages in the online magazine at www.fingridlehti.fi/en. 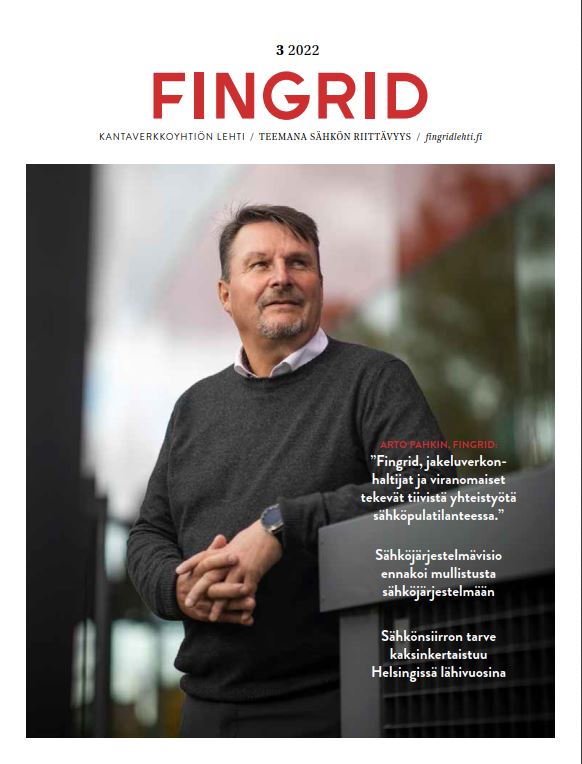